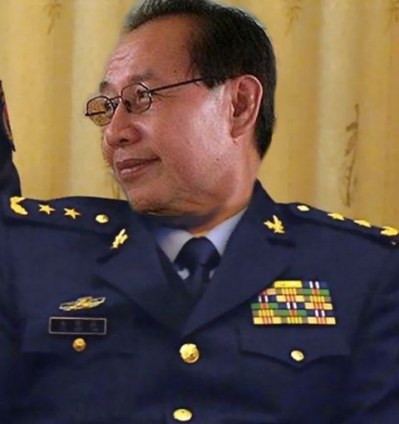 Jeffrey Kitingan is like a record stuck in the groove.

He recycles his statements with alarming regularity.

Sabah and Sarawak can Invoke Article VIII of MA63 for self-determination.

Why don’t they do it?

The real issue is Article VIII of MA63, the rest are distractions.

The Orang Asal should take the initiative on Article VIII.

*How To Think As Malaysian When There Is No Malaysia? – Dr. Jeffrey*

Dr. Jeffrey, who is also MP for Keningau and State Assemblyman for Tambunan, was responding to PM Dr. Mahathir’s call for Sabah and Sarawakians to think as Malaysians first.

The “Malaysia” promoted and agreed by our forefathers does not exist as the “Malaysia” that exists today is not what was agreed prior to MA63.

“What was agreed, promised and assured were, amongst others:

(1) independence through the formation of Malaysia which even Tunku Abdul Rahman promised was “absolute independence in the Federation”,

(2) equal partners through a merger and that a new nation would be created, a confederation, with the Borneo Territories retaining their individualities,

(3) freedom of religion with no official religion for Sabah and Sarawak with a promise by Tunku that Malaysia would be secular and not be turned into an Islamic state,

(4) English as an official language,

(6) promises of development and security for the Borneo Territories,

(7) Sabah and Sarawak natives would be protected,

(8) the people of Sabah and Sarawak shielded by immigration powers,

(9) there would be Borneonisation and that Malayans would not be the new “expatriates” replacing the British,

(10) revenues derived from Sabah and Sarawak to be returned with Sabah specifically provided 40% of the revenues” said Dr. Jeffrey who added that they were facts of history and well documented.
.
Instead, it turned out that Malaysia is only a change of name for Malaya and Malaysia is Malaya.

There was no new nation or new federation.

The federation that is now called Malaysia is actually the Federation of Malaya created in 1957.

As a matter of fact, Malaysia Day has never been celebrated by the Federal government in any part of Malaya but held routinely in Sabah and Sarawak only.

These manipulations were done during the Alliance/Barisan Nasional regimes and being continued by the present Pakatan Harapan government.

There is no difference between them and in Sabah, we call them “dua kali lima (2 x 5)”.

From the harsh realities since 16 September 1963, the historical MA63 is nothing more than merely a Malayan takeover document, a false ideal to mislead the Borneo leaders into forming Malaysia and enslaving Sabah and Sarawak, condemning them to be neo-colonies and vassal states and their rich resources siphoned off to develop Malaya.

Even the constitutionally provided 40% revenues to be returned to Sabah remain unfulfilled by the Pakatan government.

MA63 was clearly a British-Malayan conspiracy to takeover the sovereignty of the Borneo Territories and to deprive them of self-determination and real independence as provided under the United Nations General Assembly Resolutions 1514 and 1541.

There will be no good highways with multi-level flyovers and insufficient money to pay the civil servants.

Even the Petronas Twin Towers or Putrajaya would not have been built without the oil money from Petronas, the latter under the guise of Putrajaya Holdings.

Today, after leaving Malaysia in 1963, Singapore has the 3rd highest per capita income in the world followed in 5th place by Brunei who opted out of Malaysia at the last minute.

Imagine, what Sabah and Sarawak would be today if they had not formed Malaysia and had kept their rich resources for their own development.

Perhaps, they may even have the world’s tallest buildings and the biggest native cultural cities in the world.

“Alas, it is not to be” lamented Dr. Jeffrey.

Instead, today, as it was with Malaya, the Malays want to and insist on keeping Malay racial supremacy @ Ketuanan Melayu, which has nothing to do with Sabah and Sarawak.

To add salt to the wound, the demography of Sabah was destroyed and altered from a native majority to an imported Muslim majority during the Mahathir-era and now made worse under the Warisan regime of “Sabah Ubah” with foreigners and imported Sabahans screaming “Sabah Kita Punya”.

Today, Malaysia @ Malaya is the most racially and religiously polarised nation in the world and promoting racial and religious extremism and even promoting the allegedly charged terrorist mastermind Zakir Naik!

One would have thought that under Malaysia Baru, things would change for the better but it appears that the Pakatan Harapan is either unable to control the race and religion narrative or it has no intention to do so and merely to continue where Barisan has left off in PRU-14 on 9th May 2018.

“We don’t want to be part of Malaya nor this version of Malaysia; we don’t want Ketuanan Melayu or Ketuanan Islam as we want equality for all, a secular, harmonious, modern and progressive multi-racial, multi-cultural Malaysia for all Malaysians regardless of race, religion or ethnicity!

If the Malayans, Malays and the Federal government insist that Malaysia is “Tanah Melayu” and for Malays and not Malaysians, then by all means go ahead and do so in Malaya BUT let Sabah Sarawak be free so that you can be free to do what you want in Malaya. Sabahans and Sarawakians do not want any part of it.

To further enhance Malaysia’s unity and future, BERSIH’s call for the 2nd RCI is not only timely but also necessary and of utmost importance if the future and sovereignty of Malaysia is to be protected and not controlled by illegals unlawfully given citizenships with voting rights.