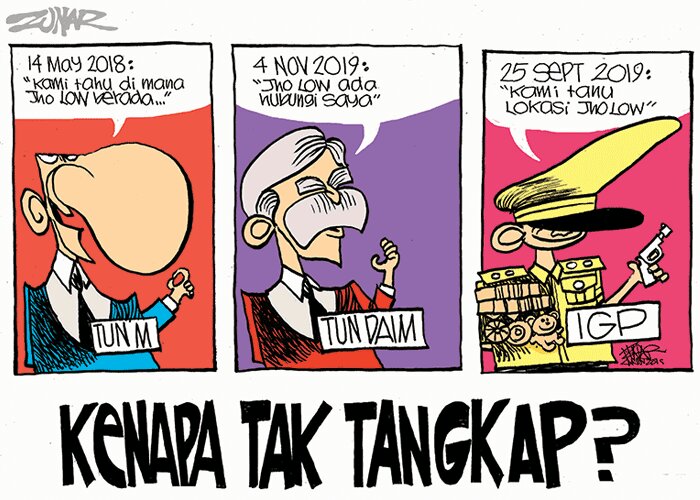 Here are some pointers for the media . . .

For example, there’s no Malay race in the Definition in Article 160.

In law, DNA, history and anthropology, a Malay race does not exist. Malay in Article 160 is a form of identity for Muslims in Singapore and Malaya governed by the Merdeka cutoff deadline. These Muslims come from various races.

For example, Mahathir is Indian (Malayalee) by race, but Malay by identity under Article 160. So, he cannot claim to have only a few spoonfuls of blood (Indian), and go on to claim that otherwise he’s Malay. Malay is not about blood.

The Definition has been used to degenerate, deviate and distort Article 153 and the NEP.

Those who hold Malay MyKads in violation of Article 160 are holding fraudulent documents.

Malaysia invaded and occupied North Borneo and Sarawak on 16 Sept 1963 by not complying/refusing to comply with the Malaysia Agreement 1963 (MA63).

Administrative laws are not laws at all but gov’t policies in action. They can be challenged by judicial review within three months of a decision affecting the Applicant.

In NCR land cases, judicial review can be launched within three years.

Putrajaya does not declassify official documents. This is another major flaw with the system in Malaya. Invasion of data privacy continues.

Political parties with card-carrying members are not about democracy but a new form of tribalism and feudalism. They are a corruption of the electoral process.

Vote for candidates including independents.

Political parties should not have card-carrying members but only staff and party workers. They can have many supporters.

There is no race, religion and political parties in the legislature. There are only lawmakers.

Lawmakers represent in the legislature all the people in their seats.

The only majority that matters in law is that on the gov’t side in Parliament.

The majority across the divide in Parliament, in demography and in the streets is not the majority in law.

The minority in law is the losing votes in a seat. These must be given the right to be heard in Parliament, through non-constituency seats, if they collect total 2 per cent of the votes counted.

Voters must not be ferried to the polling booths by political parties. This is a form of corruption.

2nd, journalists must unite and keep a proactive watch on anything that affects the bottomline of their newspapers.

3rd, those affected by their reports must be given the right of reply. That’s the first area the court will visit in a defamation suit, there’s no such thing as fake news.

4th, don’t provide a platform for anybody.

5th, keep race, religion and hate speech out of content.

6th, ensure that sources are protected.

7th, don’t brook interference by politicians and the gov’t in the media.

8th, don’t allow cover-ups by the gov’t, companies and others.

9th, keep race and religion out of the Editorial Room. The brightest and best must lead the media.

14th, the media must not shy away from investigative journalism.

15th, follow ups are the bread and butter of journalism. They build up and maintain the interest of readers.

16th, don’t run columns by those who have nothing to say and/or compile known facts. Columnists must be able to help connect the dots.

17th, send journalists for refresher courses every two years for two weeks at a time.