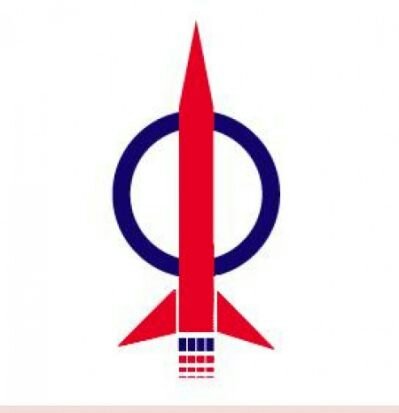 Malaysia is an insignificant nation made even more insignificant by Melayu intruders running amok in the west coast of Malaya, the circulation corridor between southeast India and south China for thousands of years.

The Corona virus pandemic will separate the men from the boys in managing the economy.

Unfortunately, we won’t be able to buy time because the gravy train will try to continue now that DAP is out of the gov’t.

There must be zero corruption if the gov’t wants to buy time. Buying time takes significant amount of funds.

MahaTHIEF a.k.a. MahaTHIRUDAN, GodFather of All Liars who claims he does no wrong, should be sent into exile IMMEDIATELY!

MahaTHIEF’s family of multibillionaires should accompany him into exile.

MahaTHIEF was unhappy that DAP wanted to end the gravy train started by him.

This is a DEEP THROAT moment.

What does consensus mean? It means not even one voice against.

The Cabinet, for example, is supposed to work on consensus.

In reality, MahaTHIEF tried to do whatever he wanted.

MahaTHIEF first ended the role of MCA as middleman between Umno and the Chinese business community.

After MahaTHIEF ended MCA’s middleman role between Umno and the Chinese business community, the party steadily went to the dogs.

Umno tried to prop up the party by giving it Malay seats to have a few Chinese faces in gov’t.

MahaTHIEF also created the system of inflated gov’t contracts to help plunder the public treasury “legally” to fill the pockets. Gov’t contracts were going for double, triple, even up to ten times what it should cost the taxpayer.

THIEF Najib went one up on MahaTHIEF and pocketted the proceeds of bond issues and dumped the repayments on the gov’t.

MahaTHIEF’s children are all multibillionaires, unprecedented in world history. It should be in the Guinness Book of World Records.

The family allegedly was given a lot of the pink shares forms meant for Orang Asal and Malays.

At present, MahaTHIEF and Daim are apparently busy trying to hijack billions in assets held by Umno.

So, he may be waiting for THIEF Najib and Zahid from Java to be locked up.

Muhyiddin’s work is to use Bersatu to swallow Umno i.e. an ant effing an elephant. That’s why Umno got very few Cabinet posts, also all junk positions as the party complained.

It was LKS who suggested that MahaTHIEF form Bersatu. He disclosed that in his blog.

He also claimed that he regretted advising MahaTHIEF to form Bersatu.

Melayu plundering the public treasury, pocketting the proceeds of bond issues and dumping repayments on the gov’t, and abusing off balance sheet items is not bullshit.

Chinaman doesn’t like his money stolen. That’s where DAP, The Sarawak Report, The Focus and The Edge come in.

Let the Melayu fight and kill each other. So vaanderrphul loh!

It’s typical of the Melayu.

When they are not fighting the non-Malays, they will fight and kill each other.

The losers should go back to India, Java, Sumatra, and Sulawesi and tanam jagung.

They should not go to Kalimantan. The Dayak there will chop off their heads and make soup.

Hadi and Zakir Naik are goat effers who promote unta urine therapy to increase the IQ.

THIEF Najib, once in jail, should finish his degree.

Umno caught between the Devil (MahaTHIEF) and the deep blue sea (GE15).